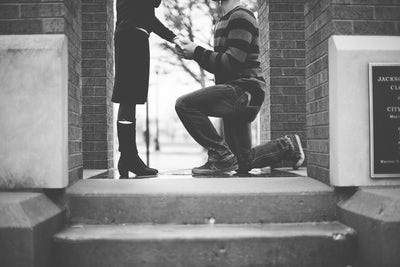 Why Millennials should plan for divorce

Being young and in love is a wonderful experience. You wish it would last forever.

Everything changes, however. We age. Love matures, and grows or fades. Marriages end.

And, contrary to what you may read or hear, millennials are not immune to the perils of divorce, or the financial devastation it can cause.

Yes, people who came of age in the early 21st century—those born between 1980-82 and 2000—are divorcing at lower rates than previous generations. But one reason may be that  many are choosing to live together before, or instead of, marriage.

When cohabitating couples break up, they don’t need to divorce, and so their dissolutions are not recorded as such.

But when a life-partnership ends, the financial impacts can be just as devastating as divorce—or, without the legal protections marriage affords, even worse.

Is it a decline or a delay?

The jury is out, however, as to whether you really are, as a millennial, less likely to divorce. Rather than a drop in divorce rates, we may just be seeing a delay.

Millennial couples tend to enter first-time marriages later in life than people did in the past. The median marriage age, which in 1960 was 20 for women and 23 for men, has crept upward, to 27 for women and 29 for men today, U.S. Census data shows.

Even if the millennial divorce rate stays low, however, simple math tells us that the number of divorces will almost certainly be high—because millennials outnumber any other age group, making up one-quarter of the U.S. population.

Plan for the worst—then relax

If you’re a millennial who is married or cohabitating or contemplating taking that big step, congratulations! As you plan your future, however, don’t forget to consider the possibility that things may not work out the way you’ve hoped—and to protect yourself in case the worse-case scenario unfolds.

Splitting assets can be so painful, leaving you with half as much as you had before. You could even lose your home.

Your credit score could take a hit if you aren’t prepared—a big deal if you want to buy a home or even a car for yourself.

Millennials are already the most economically vulnerable group in decades, in part because of staggering student loan debt. Some 44 million Americans are paying back student loans, with the average monthly payment for those age 20 to 30 a whopping $351. Perhaps it is no wonder that delinquencies are in the double digits—11.2 percent are more than 90 days delinquent or are in default.

Also, you may have more assets than you realize. Millennial divorces will consist not only of dividing tangible items owned in common such as cars and homes, but also digital assets including websites, domain names, digital media such as photos and videos, reward points, artwork, and data storage accounts. How valuable are your digital assets? Do you know?

Divorce is already one of the most stressful and painful events you can experience—akin to the death of a loved one. If you haven’t shored up your finances “just in case,” the hardship could be far greater.

Consult a Financial Planner now, and you will likely thank yourself later, especially if your marriage or partnership ends. A good advisor can help you arrange your assets, considering a variety of scenario so that, if the unthinkable occurs and you find yourself Suddenly Single, you’ll be better positioned to take care of yourself and your family.

Chances are, your parents wished they’d planned ahead better, anticipating the possibility of divorce. Why not chose more wisely than they did, start adulting and start your financial plan today?