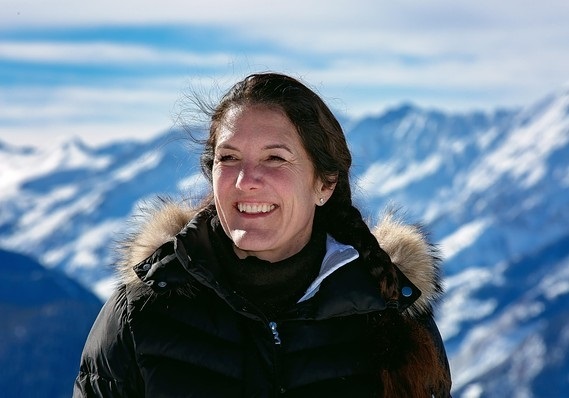 In 2003, Sarah Carlson stepped into a Manhattan crosswalk — and was immediately hit by a speeding driver.

The driver, who had stolen an SUV, hit 14 more people, was caught by police after he abandoned the Toyota Highlander he’d taken. Carlson, then 39, found herself unable to walk, work or drive, her pelvis shattered into more than 40 pieces.

“In an instant, I went from primary breadwinner for our family to a special needs patient,” Carlson, now 53, told MarketWatch.

Carlson, who was a financial adviser for MassMutual at the time, finally resumed her career in financial services after nearly three years of disability. A certified financial planner, she regained her bearings and launched an independent advisory firm, Fulcrum Financial Group in Spokane, Wash.

And while she was largely prepared for disaster before it struck, she learned several lessons she now shares with clients about how to prepare for the worst so that their financial and personal lives can stay on track — no matter what happens.

Carlson recalls the crash with crystal clarity. After going out to lunch with her sister and her sister’s month-old baby, the trio was crossing 8th Ave. at 18th Street when the SUV barreled into them. (Carlson’s sister and her child were also hurt, but are fine today.)

“I was totally conscious flying through the air,” Carlson said. “I was a ski racer for 12 years, so I thought, ‘Protect your head.’”

Rushed to a hospital, Carlson meditated to calm down. She didn’t realize the extent of her injuries until an X-ray technician reviewed her film and cried out, “Oh, no. Oh, no. Poor lady.”

“He was looking at my pelvis,” she said. “It had been mushed.”

“I had in place the bulletproof plan that I coach my clients on,” she said. “Financially, we navigated through it.”

But the loss of income and grueling surgeries took a toll, and Carlson learned several lessons she now passes on to clients.

For starters, she realized that the standard advice of setting aside three to six months of emergency living expenses was insufficient — in part because of the services needed to be able to keep a household running while making time for a full physical recovery.

“In addition to not being able to work and earn income, your expenses spike,” she explained. “You have to hire child care help and drivers to get to doctors’ appointments and just go shopping at the market. You need aides to help you shower.”

And even though she had purchased as much disability insurance as possible before the accident, she discovered that snags delayed claim payments. Her group disability carrier sought to subrogate — or investigate whether third parties could be held liable to pay up.

Because it took about eight months for the claim adjudication process to work itself out with her group policy, Carlson was relieved that her individual disability policy paid out fairly quickly. After a 90-day waiting period, she received a check about 30 days later.

In light of her harrowing experience, Carlson emphasizes what she calls “downside protection” with her clients.

She suggests that they consider long-term-care insurance to cover nursing-home and other long-term-care expenses. She urges them to maintain an appropriate level of homeowners’ insurance along with an umbrella liability policy to rebound from a total loss (such as a massive house fire) or being named a defendant in a potentially devastating lawsuit.

Read: Should you keep paying for life insurance after retirement?

She also advises them to update their will, health care directives and beneficiary designations on their insurance policies and retirement plan accounts.

Thanks to all these proactive steps, her clients are less likely to lose it all in a disastrous or fateful turn of events. By safeguarding their assets against downside risk, they gain the financial freedom to use more resources to do what they enjoy.

“It’s all part of guarding against losing what you have in your retirement,” she said. “That way, you’re more free to take vacations, work part-time or pursue a dream.”

Fourteen years after the accident, Carlson is fully recovered. She even competes in Ironman races.

“If you saw me, you wouldn’t know,” she said. “I’m still going strong. I have a thriving business. I feel really blessed.”

Morey Stettner is a writer in Portsmouth, N.H. He’s the author of five business books, including ”Skills for New Managers,” published by McGraw Hill. Email him at m.stettner@comcast.net.